Lack of mirth could make for longest bull in history 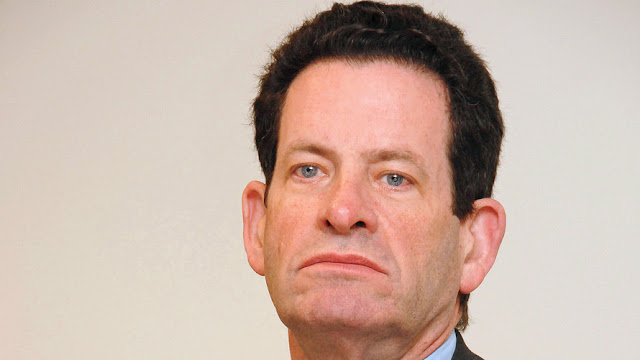 >> Ken Fisher: Why I Hate Annuities

The bull market in stocks may be aging, but likely has much more time to run—just don’t look for investors to jump for joy about it, said billionaire investor Ken Fisher.

“I think this is going to be the longest bull market in history and, arguably, the most joyless,” the founder, chairman and co-chief investment officer of Camas, Wash.-based Fisher Investments said in an interview with MarketWatch on Tuesday.

That lack of mirth and the bull’s longevity go hand in hand. Fisher is fond of citing legendary investor John Templeton’s maxim that bull markets are “born on pessimism, grow on skepticism, mature on optimism and die on euphoria.”

Euphoria remains in short supply, with investors moving from one worry to another, Fisher said. China and Brexit had investors bracing for the worst earlier in the year. Indeed, pessimism—the view that stocks will fall over the next six months—rose to a two-month high of 33.4% in the most recent AAII Sentiment Survey, while bullish sentiment was at 29.4%, and has hovered below the historical average of 38.5% for most of the past year and a half.

Election-related uncertainty currently casts a shadow. Those issues present legitimate concerns, but as time passes, they tend to be resolved one way or another, reducing “uncertainty,” Fisher said, and that has allowed the market to continue pushing higher. “They tend to get identified, they tend to get priced in,” he said.

Fisher, 65, ranks at No. 206 in the Forbes 400 list of U.S. billionaires with a fortune estimated at $3.5 billion. Money-management firm Fisher Investments has around $70 billion in assets under management.

Fisher has said he has caught most bear markets, although the 2007-to-2009 downturn took him (and much of the world) by surprise.

Fisher adds a caveat to Templeton’s guide. Sometimes bull markets meet their demise as a result of some unforeseen shock, or “wallop.”

For such a wallop to kill the bull, it would have to be big enough to send the $75 trillion global economy into recession. For a bear market, “you need a couple trillion dollars of negative GDP effect or euphoria…therefore I think the joyless bull market grinds on,” he said.

Investors might perk up next year as the next president—whether Democrat Hillary Clinton or Republican Donald Trump—takes office. Fisher has observed that presidential election years and the subsequent inaugural year for a new president have tended to mirror each other.

A Democratic victory usually weighs on returns during the election year, while stocks often outperform in years that produce a Republican victory. But the following inaugural year, at times, has resulted in reverse performance, which Fisher calls the “perverse inverse,” with stocks surging as a new Democratic administration takes the reins, and suffering when a Republican takes office (see table below).


Fisher theorizes that this happens because investors, who lean Republican, fear a Democrat will be antibusiness or expect that a Republican will be pro-business. In the inaugural year, those expectations meet political reality as Democratic and Republican presidents see their agendas hemmed in.

Fisher argues that either Clinton or Trump could win in November. But a Trump victory could see an inaugural year market reaction more akin to what happens after Democratic wins given the Republican standard-bearer’s controversial positions on a range of issues, he said.

Fisher is bemused by hand-wringing over low volatility and quiet markets. After all, the sharp pullback and volatile conditions that rocked the S&P 500 index SPX, +0.00% and the Dow Jones Industrial Average DJIA, +0.10%  back in January, which marked the worst start to a year ever for stocks, and was viewed as a cause for alarm.

“You don’t want to snatch defeat from the jaws of victory by doing something that’s a little too tricky.”

Assertions that periods of low volatility can lead to trouble should be taken with a grain of salt, he said, arguing that there aren’t enough samples to justify any meaningful statistical conclusions about docile markets.

So if the bull has room to run, how should investors approach the market?

It is important to acknowledge what stage the cycle is in, Fisher said. In the early portion of a bull market, companies with thin gross operating profit margins usually outperform, in part because they take the biggest hit in a downturn and are poised to bounce back hard. After a few years, however, the advantage shifts to firms with fat gross operating profit margins.

Such firms are able to use their fatter margins to take market share away from firms with thinner margins. That means, for instance, that rather than searching for the next Google or Amazon, investors should stick with shares of Alphabet GOOG, +0.23% GOOGL, +0.20%  or Amazon AMZN, +0.19%

Searching, at this point, for the next big thing runs the risk of missing out on bull-market returns and not being able to make them back up, he said.

“I’m a big fan right now of not being too cute,” he said. “You don’t want to snatch defeat from the jaws of victory by doing something that’s a little too tricky.”

>> Five Market Trends You Can Bank On